Vexation is A Reaction And Courage is A Decision 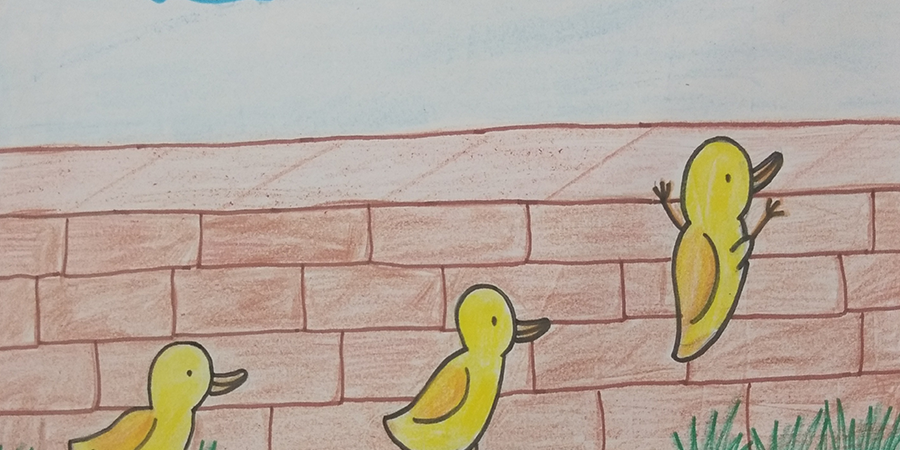 The word courage is such an important word that if we use it in the book of our life, then nothing is impossible in life.

If courage is in you then the difficulty becomes smaller, there is a way, then many new paths are found.

Surely, there is a way out, The lamp also burns in the air.

If courage is removed from our life, then we will become a corpse, I would even say that this world is running with courage, courage is a form of power within you that motivates you to move forward but yeah, thing is also true until you have a goal of what to do, why to do it, you cannot be motivated and courage is incomplete without motivation.

That is, the motivation and the courage go together, the two are complement to each other.

All the people who have succeeded, you should also take history, those who created history had courage, and they used that courage for their goal.

Even an ordinary person can do extraordinary things if he has the courage, the goal should be with courage only.

Father of the nation Mahatma Gandhi, Jhansi ki Rani Laxmi Bai, Subash Chandra Bose, Sardar Patel who created history with their courage, but all these had the courage as well as the goal, and the courage to achieve their goal, the passion to do something. How many great kings have won great battles with courage, we can also say that, if we have the courage to do so, it is possible to make even the greatest possible .

Even all the inventions that have taken place have courage.

By giving an example, I try to explain the courage and the inevitability of courage. You must have heard the saying that dreams are fulfilled only by those who dream, but some people only keep dreaming about dreams and others are those who fulfill those dreams, we talk It is of such people who turn their dreams into what they see in reality only with their courage Many people have been born in this world who do not allow any strength to get in the way of their goal. With the help of their courage, the common people have accomplished the goal, which seems impossible.

“The name of one such great person is” – Karoly Takacs

Karoly was an officer of the Hungarian Army who was fond of pistol shooting and his goal in the world was to win a gold medal in pistol shooting, it was in this goal that he won the Hungarian National Games in 1938 – gold medal, and he gave further impetus to his practice, as he had to realize his dream in the 1940’s Olympic. 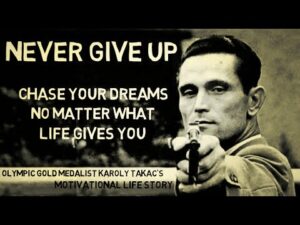 The incident that happened next could break anyone’s dream and also break their courage, After winning the national game, he went to the army camp training and during the same training, a hand shot was put on his right-hand ,from which he used to shoot pistols, the doctors had a heartbreak that now you will not be able to shoot the pistol any further, this incident also left Karoly vigorously for some time.

But karoly’s courage was not reduced, he had to fulfill his goal which was to fulfill the dream he had dreamed,

He participated in the 1939 national game and this time also took the gold medal and confessed to those people that now Karoly can never fulfill his dream. It was just waiting for the Olympics of 1940. The game, then due to an untoward world war second, the Olympic games of 1940 and 1944 could not be held. But these incidents did not take Karoly away from her goal, he continued his practice, kept her courage and kept her dream alive. It was his courage that he won the gold medal in the Olympics of 1948 and 1952 on the strength of his other hand as well.

After all, he transformed his dream into a living reality with the help of his courage , rather created a history by taking the gold medal twice

“How do people pray for death I have vowed to live in that condition.” – Amir Qalba

Therefore, we should not lose courage in our lives, there may be incidents which do not happen in our hands, but what is in our hands is courage.

If there is courage then no other event in life can take us away from our goal, then nothing is impossible.

I say only the mantra of life – all is possible (SAB SAMBHAV HAI ) ,in this four base of this mantra, this one base pillar is courage .